Derby lies on the River Derwent to the north of the Trent Valley and south of the Peak District. It is the third largest regional centre in the East Midlands, with links to nearby Nottingham and Leicester as part of the ‘Three Cities’ sub region. Derby provides jobs and services for a wide area outside its boundaries and has close connections with communities in the adjoining districts of South Derbyshire, Amber Valley and Erewash.

The Derwent Valley saw the birthplace of the factory system which resulted in the designation of 24 kilometres of the river valley as a World Heritage Site (WHS) in 2001. The southern part of the WHS lies within the city and covers the Darley Abbey Mills complex and the Silk Mill running into the heart of Derby city centre. Derby also has a range of important built heritage, including listed buildings, locally listed buildings, conservation areas and scheduled ancient monuments.

Derby is a growing city of almost a quarter of a million people with around 105,000 homes, with an average of 2.4 people living in each household. 79% of houses are privately owned, 10% of which are privately rented. There is a higher proportion of social housing in Derby than in the rest of the East Midlands or nationally, with 7% belonging to housing associations and 14% to Derby Homes, who manage the city’s Council owned houses.

Houses in Derby are more affordable than in other parts of the region. There are however, 10,600 households currently on the housing waiting list and significantly more people are living in temporary accommodation (77 people) than the Council's target of no more than 45. The majority of residential development built in the city centre recently has been apartments.

Derby has grown to absorb several previously distinct villages. These now form suburban communities, such as Mickleover, Spondon and Allestree, with their own centres and identities. The limits of some of these communities are defined by ‘green wedges’ which are a distinctive Derby feature, providing open land linking to the countryside, with opportunities for recreation. The varying nature of the city’s neighbourhoods is reflected in the different population densities across the city with Arboretum and Abbey wards having significantly higher densities than the average.

Derby has benefited from a successful and vibrant economy over recent years. Currently, three quarters of people work in the service sector, with 20% working in manufacturing and 4.5% working in construction. Derby has the fourth highest annual employment growth rate of all cities in the country, at 2.4%, (1995-2005). Derby has the highest proportion of people in employment per head in high technology industries and has the largest GVA (Gross Value Added) in the Region. Derby also has the highest visible exports per head of population in the UK. These figures demonstrate a high level of performance.

Derby is close to the East Midlands Airport (EMA) which is the UK’s busiest freight handling airport and an important source of employment. It has excellent transport links by road and rail, with direct routes to major cities including London.

Derby regularly features in statistics for the fastest growing economy within England and residents are among the top earners outside of London.

Derby is ideal for people working in the Midlands or for those who travel regularly because of the central location and excellent access to the UKs main motorway, the M1, and has excellent other transport links by road (A38, A50) and rail (direct links to St Pancras International) with good access to Birmingham Airport nearby.

With a number of major universities, tenant demand is strong for both professional and student markets. Derby feeds major employers such as Bombardier, Rolls Royce, B&Q, Sainsbury's, Tesco, Wilko, Argos, Boots, Iceland, Aldi and Co-op to name a few nestled among the hundreds of mid and small size employers. Infinity Park is a prime 100-acre commercial and technology park located next to the world headquarters of Rolls-Royce Civil Aerospace and within 15 minutes of OEMs such as Toyota Manufacturing (UK), Bombardier and JCB. 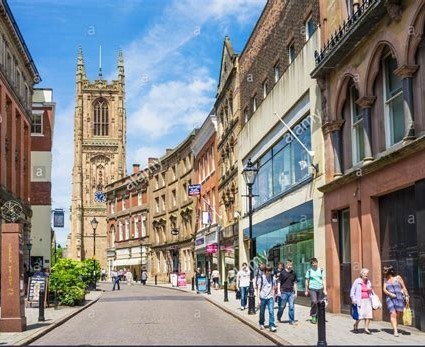 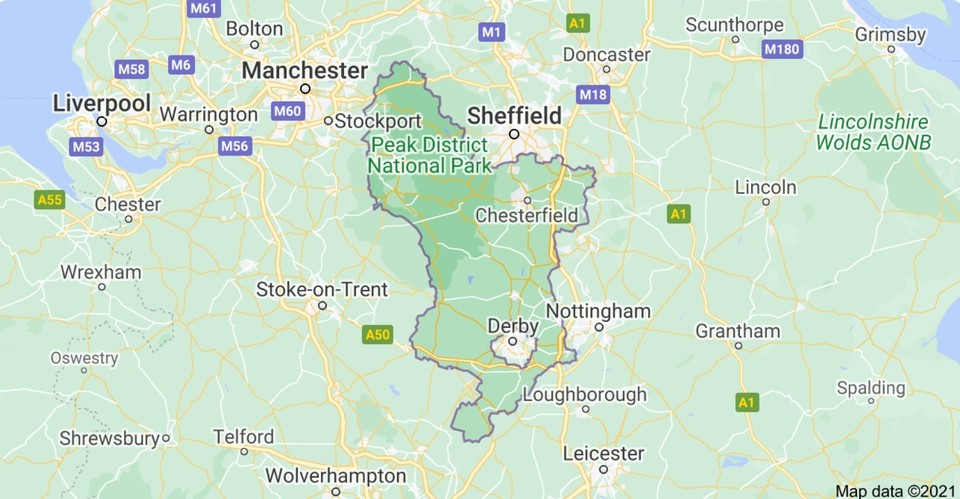 Recent developments include a thousand jobs to be created at new Amazon warehouse 30 minutes from Chesterfield. The two largest employers in the area, Bombardier and Rolls Royce, have both recently renewed and been awarded several large contracts further entrenching their place in Derby.

Part of the vision of the City Centre Masterplan is to transform Derby into a City of Choice for businesses by providing the connectivity and facilities that are required for small and medium-sized businesses (SMEs) such as the self-employed and small firms. A number of managed workspaces have been constructed around the city which are managed by Connect Derby. They are designed to connect people, expertise, knowledge and create jobs and provide micro businesses, entrepreneurs and SMEs with the flexible, high specification working environment, IT infrastructure and business support they need to enable their businesses to grow.

There have been several small student accommodation blocks under construction or in planning, one of these is a new nine-storey property, which will provide an extra 320 student apartments in the city’s Cathedral Quarter. Recent expansion at Derby University has created increased demand for student accommodation in the City. So there is a growing demand for HMO rooms because of their affordability. Popular also are one and two bedroom flats. The market needs more high spec rooms, and is willing to pay for it, but now is the time to act on getting those rooms built.

Nottingham is often described as the place that’s big enough to offer a city lifestyle, but small enough to still be human-sized and personal.

Nottingham is very much the capital of the East Midlands and its biggest centre for shopping, leisure, culture and sport. The city also has a growing visitor economy with 267,000 visits a year thanks to the legend of Robin Hood and more contemporary attractions including Nottinghamshire Country Cricket Club’s Trent Bridge ground, world famous in cricket circles.

Today its main industries are future-orientated ones like financial and business services, logistics, advanced manufacturing, clean technology, life sciences and digital. According to a local press report, the city’s new Creative Quarter has created 1,000 new jobs already. Parts of Nottingham have Enterprise Zone status and are home to some really exciting new start-up industries. Just announced is an £8 million hub at the Boots' Enterprise Zone to help bring new medical technologies to market.

Nottingham is home to not just one but two universities, meaning there is a large student property market. The University of Nottingham has 32,000 students and Nottingham Trent University has 25,000. Another noteworthy Nottingham institution is the Queen’s Medical Centre. QMC is a regional ’super hospital’ and the largest teaching hospital in the UK. Six thousand people work here, creating a massive demand for property to buy and to rent.

Major projects in progress in the Nottingham City area are featured here: 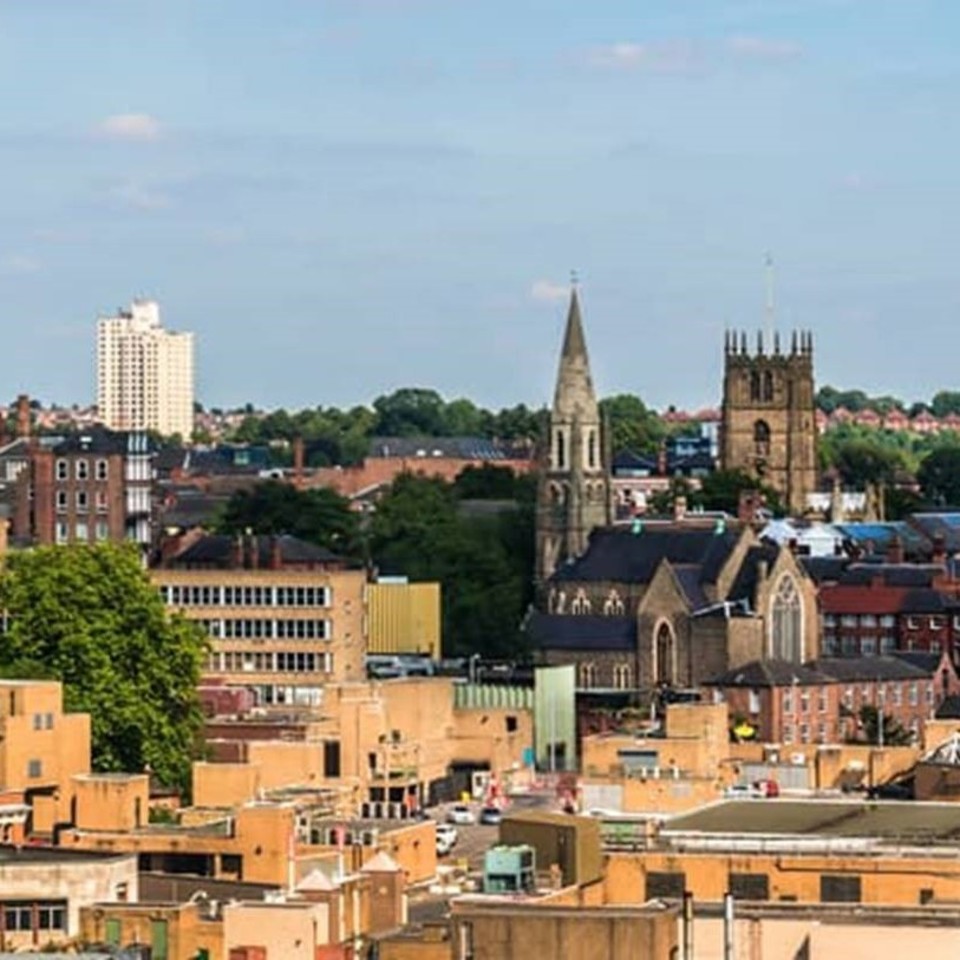 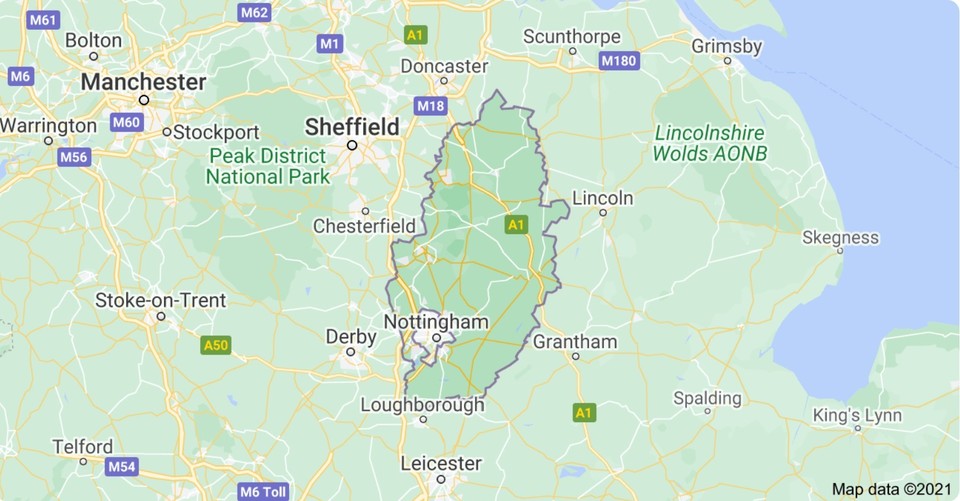 Nottingham City Council has plans to dramatically transform and regenerate the Broadmarsh area of Nottingham city centre. A £250 million programme of works is underway to transform the area into a great entrance into the south of the city centre with improved shopping, leisure and restaurant facilities in a vibrant new environment.

Guildhall Place is a 2.4 acre mixed use redevelopment site in a prime location in Nottingham’s City Centre, including a prestigious office building, university academic facilities, student accommodation and a potential conference centre as well as proposals to transform the historic Guildhall building into a boutique hotel.

The whole Castle site is being restored and redesigned with Brewhouse Yard, the Caves, the Castle and grounds being brought together as a new visitor experience.

Already home to some of the most innovative companies in the region, Nottingham Science Park has more land ready for development within the Enterprise Zone. Nottingham City Council and D2N2 LEP are working in partnership to develop the site, in line with the ambitions of Nottingham Growth Plan to support business expansion and create new jobs.

Located close to the city centre, the Waterside has been a long-standing ambition for the City Council to create a new sustainable community all the way along the waterside setting from Trent Bridge to Colwick Park, and connecting the city centre and adjoining neighbourhoods including Sneinton and the Meadows.

Nottingham offers some of the cheapest property of any UK city – and so some of the best yield potential. Property experts tip anywhere on the future HS2 network as good for house prices. Nottingham’s HS2 station will be at Toton on the Birmingham-to-Leeds section of the line.

Financial Advice Disclaimer:
Please be aware Mau Investments Ltd and its employees do not offer investment advice. The products, projections or information contained within their presentations, website and other documents should not be constituted as such. Examples are for information purposes only and must not be treated as advice or recommendation. Should you seek advice, please contact an independent financial advisor.